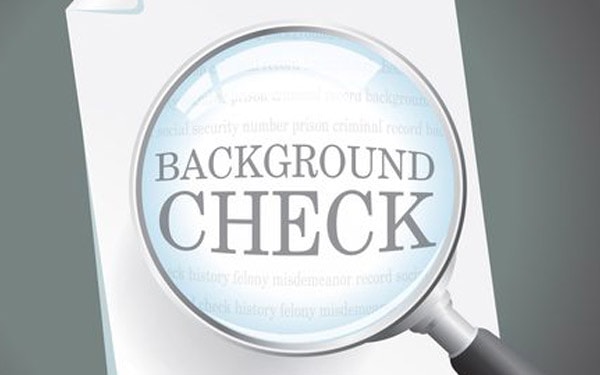 In God We Trust… Everyone Else Has to be Vetted

In these increasingly challenging times anyone who hires a staff member without having them thoroughly vetted is taking an enormous gamble. In fact, the actual term, ” Vetting ” has its origins in the world of horse racing. It dates from the nineteenth century, when before every horse race the animal had to be examined by a veterinarian to establish it was fit for purpose.

Several recent surveys have shown that approximately 25% of all job applicants lie on their CV’s. An even higher percent grossly exaggerate their credentials.

A high-profile example of how the lack of proper staff vetting can have disastrous results happened on December 20th 2013 at Isleworth Crown Court in west London. Two Italian-born sisters, Elisabetta and Francesca 36 Grillo, had been charged with fraud over the unauthorized use of household credit cards to the tune of £685.000. Normally this type of story would be nothing more than the tip of an ice cube. It wouldn’t even make the local papers. Instead it created a national media firestorm because the sisters were the personal assistants of the celebrity TV chef Nigella Lawson.

The PA’s readily admitted using the cards but pleaded not guilty to fraud saying Lawson had approved their spending but couldn’t remember doing so because of her habitual cocaine use.  On the stand Lawson admitted using cocaine but claimed she had done so only a few times to help her get over a very acrimonious divorce from advertising and art mogul Charles (Charlie) Saatchi.

The jury didn’t believe her. The sisters were found not guilty.

Shortly after the trial Lawson tried to fly to America but was refused boarding because she had admitted using an A-Class drug. After spending significant sums of money on lawyers was she able to get back into the States only to find out her TV show there had been cancelled.

Comprehensive and Confidential Background Reports can verify background details, resumes and personal information forming an intelligence profile and allowing clients to make informed decisions before recruiting personnel. At Priavo we are increasingly being asked to vet household staff, yacht and jet crews as well as business employees.

For Lawson the importance of meticulous staff vetting to ensure honesty, loyalty and discretion, was a lesson too late for the learning.