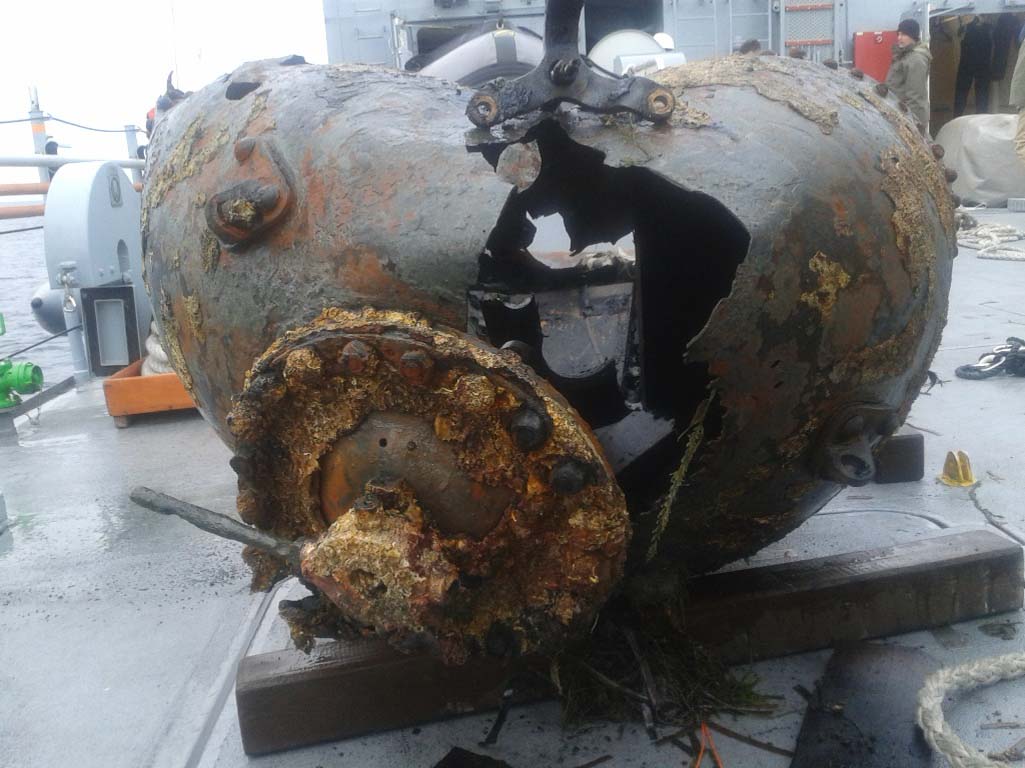 Black Sea mines are currently posing a serious threat to maritime shipping. Since the Russian-Ukrainian conflict began, the Turkish navy has detected and defused several drifting naval or sea mines across the Black Sea. It has been reported that one had been neutralized near the crucial Bosporus channel, which links the Black Sea with the Sea of Marmara, and ultimately the Mediterranean. The strait was briefly closed to traffic. The Romanian military also said that it had destroyed a sea mine detected by fishermen at the beginning of the week. The black sea mines are reported to be sea anchor mines that do not float on the surface of the water but rather just below it. A steel cable connects the buoyant mine to an anchor, which keeps the device below the water to conceal it. The explosive detonates when it comes into contact with the hull of a ship.

Russian-Ukrainian blame game
Russia’s defence ministry and its state security agency, the FSB, have warned against floating Ukrainian mines off the coast of Odesa, which had reportedly come adrift after a storm. The first reports spoke of several hundred mines. Later, the Russian defence ministry said that the anchors of an estimated 10 mines out of 370 had broken off.

Ukraine, however, has rejected the allegations, calling them “disinformation.” It said that the mines were from Ukrainian stockpiles and had been used in Sevastopol off the coast of Crimea, which Russia has occupied since 2014. The Ukrainian government has in turn accused Russia of deliberately allowing the mines to float in the Black Sea to damage Ukraine’s international reputation.

Old Soviet models
Both of these allegations are plausible, and images released of the mines show they are old models that could be identified as being Ukrainian but that they probably dated back to the Soviet era. What is certain, is that since the annexation of Crimea, the Russian navy has had access to such mines.

There is no international agreement banning sea mines, as there is for land mines. However, the Hague Convention on submarine mines, which is part of international humanitarian law, binds states to follow certain rules. Among them is the law that mines must not be allowed to drift in international waters.

On the other hand, states are allowed to lay sea mines in their own waters to protect themselves from attack. According to the German Defense Ministry manual on the Law of Armed Conflict, “any form of mine laying, […] is subject to the principles of effective monitoring, risk control and warning.” Ukraine did warn ships accordingly when it mined large parts of the waters in the northeast of the Black Sea. According to the Hague Convention, the Ukrainian government should also have warned of any mines that had broken loose.

Bosporus blocked
After the Turkish navy defused the mine and closed the Bosporus, authorities also banned fishing activities at night until further notice. Since it links the Black Sea with the Mediterranean, the strait is an essential trade route for all the states neighbouring the Black Sea.

Many shipping companies are already under pressure because of the war in Ukraine: The German Shipowners’ Association (VDR) estimates that at least 60 cargo ships belonging to international merchant fleets are currently stuck in Ukrainian ports. Now, the drifting mines are making an already critical situation worse. On top of this, insurance companies are currently effectively refusing to cover damages caused by war. Shipping companies thus take a substantial financial risk if they decide to send ships to Romania, Moldavia, Bulgaria, Russia or Georgia.

The threat of the sea mines may be less significant than originally believed because only a small fraction of the mines laid are actually drifting. However, this does not mean that they are not dangerous. On the contrary, their age and the salty waters in which they are adrift could lead to their being detonated even by light contact. Vessels are advised to avoid the area and maintain the highest levels of vigilance when transiting these waters.