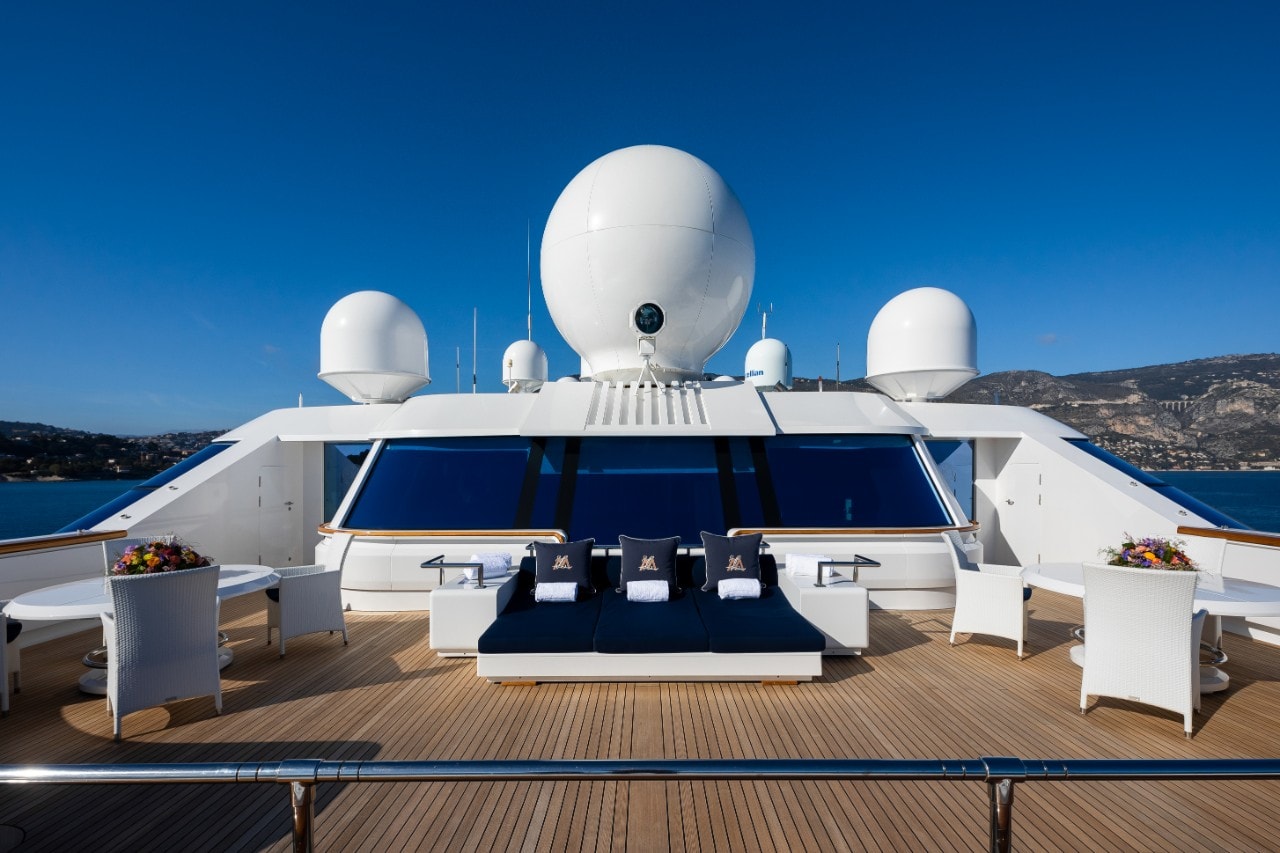 Recently our CEO Pete Murphy had the honour of being interviewed and featured exclusively in the Camper and Nicholsons monthly publication. In the interview he talks about the multi-layered approach to superyacht security, the importance of crew vetting, the rising drone threat and how the IMO cyber regulation is changing the way the industry regards security onboard. The full article is available below.

For many owners, a yacht is an extension of the family home, a safe haven that shields them from the daily glare. So why, asks Priavo Security CEO Pete Murphy, isn’t security at sea as much a priority as security at home?

Security isn’t up there with beach clubs and spa suites as the sexiest topics in yachting but according to Pete Murphy, it’s a subject all stakeholders in the industry should be taking seriously. “Security is a bit like insurance,” the CEO of Priavo Security says. “It’s always excessive until it’s not enough.”

Some yacht owners have already had the first-hand experience to agree with him. Such as the one who found three hidden cameras onboard their 90+-metre vessel during a post-purchase sweep. “There was a tiny device picked up in the dining room, above the table,” Murphy says. “And it definitely wasn’t placed there for discreet service.” His team included a network expert who identified another security breach. “Each of the cabins was equipped with entertainment systems controlled by iPads,” he continues. “And every one of them still had their cameras connected, meaning anyone who accessed the network could access visuals of those rooms.”

This might be an extreme example, but Murphy is adamant that there are three occasions in particular when a yacht should undergo such a forensic examination: “Post charter, post refit and post-sale,” he says. “That’s when I would personally want my yacht to be swept in particular areas.” With the corporate world an important part of Priavo’s scope of operation, he knows that the pursuit of illicit intelligence is a constant threat. “Criminals might try to obtain information for financial gain or to destroy someone’s reputation,” he continues.

Of course, such a process requires an investment in terms of both time and money — a team of three took two days to complete its check of the large yacht in question. But superyachts, while not the size of some of the other
assets Priavo advises on, are especially “tricky,” Murphy says. “There’s so much going on behind the panels — and power everywhere to tap a device into.”

Murphy, who calls himself a “jack of all trades, master of one – Executive Protection,” founded Priavo in 2012, after a career working for various military agencies, including the UK Special Boat Service and Royal Marines. With a background in marine counterterrorism, his training made him hot property in the civilian world and soon after found himself serving as armed protection on yachts crossing through the Gulf of Aden. To date, his team has racked up 6,000 armed transits.

Currently, there are nine people in the Priavo team but that number swells to more than 30 when the 360 Maritime Security Alliance is considered. Murphy was crucial to its establishment. “Security works in layers,” he explains. This partnership of three of the best physical, electronic, and cybersecurity businesses offers yacht owners all-encompassing protection while still allowing them to have a single point of contact, or “a single point of trust,” as Murphy describes it. An additional 50 experienced security operatives can also be deployed on a variety of global security tasks.

Of course, cyber protection is an ever-evolving sector — and one yachting regulatory authorities are taking much notice of: as of January 1, 2021, all yachts over 500GT must have a formal security plan as part of their International Safety Management (ISM) Code. In an ideal world, Murphy says he would be collaborating with shipyards and naval architects to ensure security is a consideration from the first sketch of a new build hull. But being the good guys will always be an ongoing gig. “We are constantly looking at everything from an attacker’s perspective,” he says. It’s a case of working backwards to move forwards.

You’d be wise to not get him started on drones and the menace they pose from great distances — but Murphy is as similarly concerned about a potential threat much closer to home. “I know it sounds like something out of a movie, but crew vetting is an area that has really been overlooked,” he says. From a disgruntled employee to something as seemingly benign as a new starter with a penchant for oversharing on social media, Murphy explains that an understanding of the insider threat will encourage more robust vetting procedures. “If someone is flagged through a search or suspicion, our trained intelligence analysts can monitor their digital footprint,” he explains. With enough information, personality types and potential sentiment can be assessed.

His work to highlight a vessel’s vulnerability has been known to involve honey traps and fake paparazzi complete with long-range lenses but the end goal is never to catch people out, rather to use the findings as a base for improvement. And, he says, there becomes a point when a situational awareness descends across the yacht as a whole. “As the crew becomes more aware, they keep an eye out for anything unusual,” he says. “Then, we’ve got 20 sets of eyes, rather than just our own.”

With many yachts a safe haven for their owner, a highly treasured refuge away from the daily glare, the concept of a security presence isn’t always a welcome one. For Murphy, there’s no one-size-fits-all solution. Like any investment, it’s all about an individual’s appetite for risk. “Some people understand security and want to know about it,” he explains. “Others want to pretend that it’s not relevant to them because, although we keep a low profile, to suddenly have a security presence represents a big shift.”

Yet, Murphy explains that a yacht needs to be considered as part of a greater security ecosystem that extends from homes and offices to cars, planes and more. “If you’re going to have a ring of steel around you, don’t have a big gap in it onboard your vessel.” He is a big advocate for proactivity over reactivity, as well. “Time and again, people come to us after something’s happened, when it’s too late.”

If you would like to learn more, contact us at enquires@priavosecurity.com and book a consultation with one of our experts.