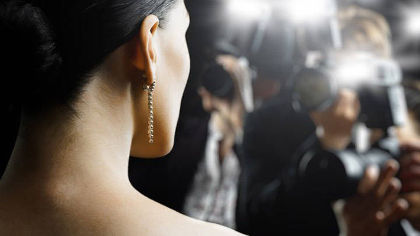 The web’s reaction to the theft of $10m of jewellery from Kim Kardashian’s Paris apartment last month was one of shock – and then ridicule. What sort of person takes a ton of jewellery on holiday? Why show off your huge diamond rings on social media? And why tell everyone exactly where you are. All this was simply an invitation to any crook with a mobile and the world sniggered at this stupidity.

But when it emerged that she was roughed up, tied up, had a gun pointed to her head and was extremely lucky to escape unscathed… well, the laughter died. And as the dust settled, two much bigger facts emerged.

The first is that only one bodyguard was employed to protect someone of her immense fame and wealth. Even if he’d been there to help (which he wasn’t, he was out with her sisters Kourtney Kardashian and Kendall Jenner), how could a single operative carry out Close Protection whilst looking after the principal? In two words, he couldn’t have.If her management were trying to save money by just employing one person – and this actually happens – then that plan backfired spectacularly.

The second is that we are now living in a world of accessible information, mobile connectivity, growing populations, transient communities as well as political and religious unrest. Which means today’s businesses and individuals need to work harder to protect their valuable assets from this new and ruthless threat. And we’re not being dramatic here. Since the Schengen agreement, border checks and systematic internal border controls have largely been abolished. Redundant paramilitary groups have turned into serious organised crime syndicates and are moving freely around Europe in hunt of the next pay cheque.

What’s more, they don’t care if they’re caught. The ‘punishment’ of incarceration in a European prison means nothing compared to the war-ravaged countries they’ve come from. So our adversaries have less to lose, are becoming more sophisticated and are using modern tactics for direct and non-direct attacks.

These five robbers would’ve gathered intelligence and planned accordingly. They knew what security was in place and knew how to deal with it (hence dressing up as police officers). However, with some basic preventative measures the attackers may not have been sure what security was in place, where the principal was, how the apartment was secured or even which apartment she was in.

Today, the need for Hollywood’s idea of security is – by those who genuinely care about their assets – being replaced by low-key discreet specialists. Less physically imposing but smarter, more agile and better prepared to identify threats before they materialise.

And this is what we provide at Priavo.

Our operatives are experienced, innovative and resourceful. We carry out a full vulnerability assessment and recommend counter measures. So instead of lumbering around in a dinner suit and earpiece, our professional operatives use discreet movements to guide their principles around whilst maintaining a low profile. We use decoy vehicles, we find out who likes to gossip and use this to relay mis-information to a waiting pap or unruly crowd. We employ mobile, deployable CCTV with night vision and thermal imagery. We use the latest vehicle and facial recognition software and monitor social media within a radius set by the operator.

At Priavo, we know that technical equipment can and will help, but it still needs to be operated by a professional, experienced unit. So when it comes to protecting celebrities of this nature, the key is always to deploy a multi-layered private security strategy. This involves liaising with all the local security stakeholders, bodyguards, police and intelligence services, and the accommodation suppliers.

A detailed Risk Assessment Report and Operational Brief should be prepared prior to the trip and no potential pitfall goes unnoticed or unchecked – the polar opposite to what happened in Paris. We’ve seen how negativity migrates to the path of weakest resistance, so a principal moving around with a highly trained team are more likely be left alone. In all our years of military experience, we have proved time and time again that total vigilance, focus and experience is the antidote to complacency.