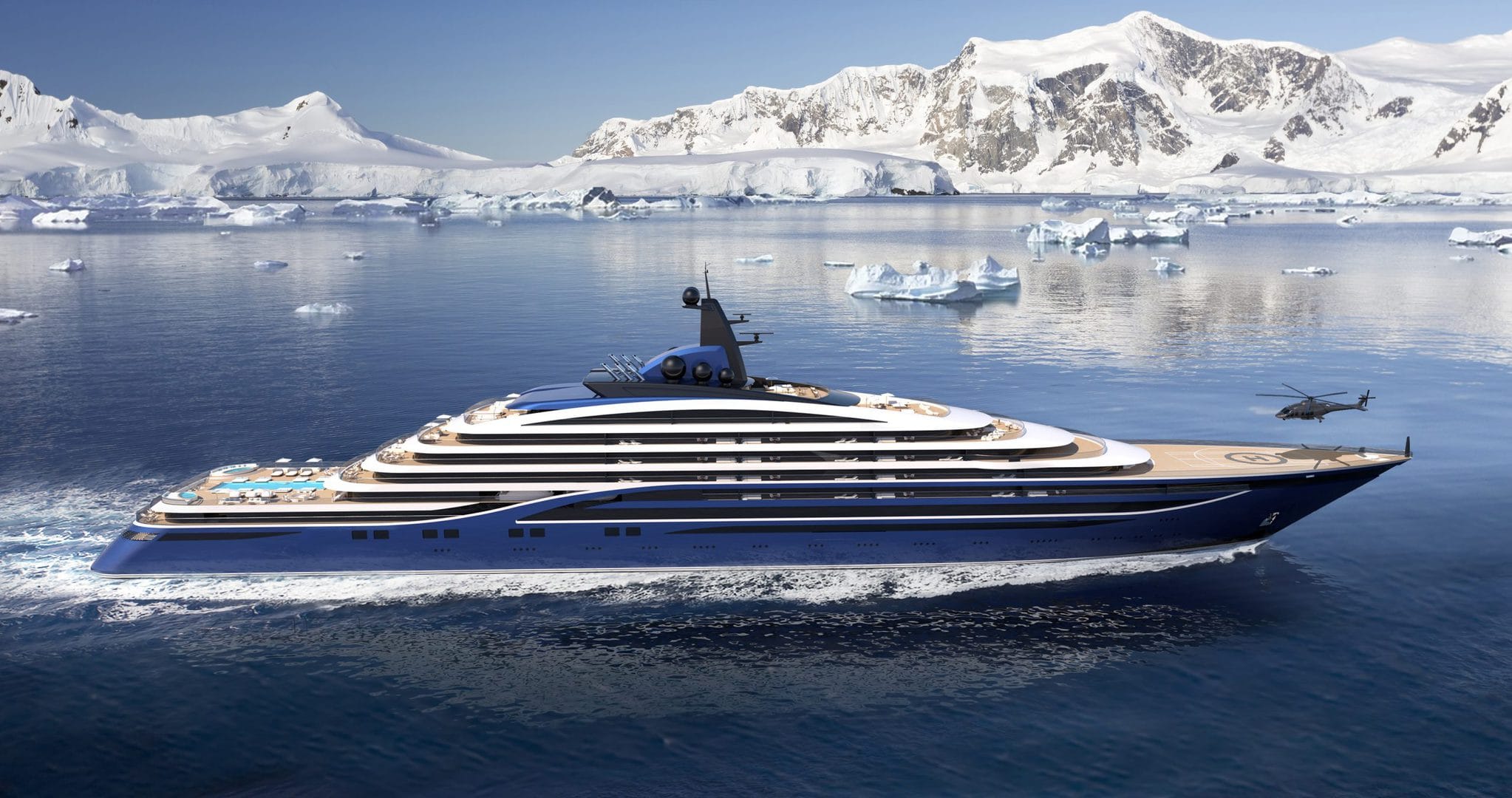 West Africa continues to be the focal point of piracy and kidnapping for ransom in the maritime domain, while in East Africa Somali piracy remains suppressed. Other more complex threats have emerged that threaten the safety of ships and seafarers in the Gulf of Aden, Southern Red Sea and Yemen. In the Persian Gulf and Strait of Hormuz regional tensions have given rise to an increase of activity including the attack and boarding of vessels and harassment by state actors that is of cause for concern to commercial shipping. In SE Asia a total of ninety-seven incidents of piracy and armed robbery against ships were reported in 2020. This accounts for a 17% increase in the total number of incidents, and a 32% increase in actual incidents reported in 2020 compared to 2019.

There were several Warnings released by the MDAT- GOG this month reporting a possible increase in piracy activity. Two vessels were boarded and hostages were taken when a container ship and a fishing vessel were attacked and crew members kidnapped. Reports stated that in one of these incidents a helicopter from the Danish Frigate Esbern Snare, on counter-piracy patrol in the region, overflew the location of one of the incidents and sighted a container vessel thought likely to be the Liberian flagged TONSBERG. A small skiff was alongside and a number of suspected pirates and possible hostages were in the skiff. The skiff then fled the scene and was tracked until it entered Nigerian TTW. This was the second incident this month in this vicinity and could indicate that a Niger Delta-based Pirate Action Group is operating in the area. Off the coast of Equatorial Guinea, a fishing vessel was approached by a speedboat containing an unknown number of perpetrators. The ‘pirates’ were armed and one crew member was understood to have been killed in the attack. Later Reporting indicated that 6 personnel have been kidnapped from the vessel, including the captain. The crew members were understood as Ghanaian and Malian nationals.

2. Attack – 15 Dec 1830 UTC: Psn 02 19 7N – 09 25 7E: West of Punta Campo, Equatorial Guinea
A landing craft was approached and fired upon by ‘pirates’ in a small craft. There was an exchange of fire between the pirates and the locally appointed armed guards on the vessel resulting in one-armed guard being injured. The incident was reported to local port authorities.

3. Boarding – 13 Dec 0100 UTC: Psn 00 18 31N – 09 24 03E: Owendo Anchorage, Gabon
The Duty crew onboard an anchored Offshore Supply Vessel, noticed an unauthorised person moving barbed wire to make way for his accomplices who were armed with AK-47 rifles. The Alarm was raised and the crew mustered in the citadel. The Port Authority was informed, they boarded the vessel to investigate. Later reports stated that five suspects boarded the vessel but the crew were unharmed and no damage to the ship was reported. It is unclear if anything was stolen.

4. Boarding/Kidnap – 13 Dec 1427 UTC: Psn 03 11 42N – 07 49 02E: 46nm SW of Bioko Island, Equatorial Guinea
An underway ship was boarded by an unknown number of pirates. A Danish Navy warship was notified and proceeded to the area to give assistance. The pirates escaped with six kidnapped crew. It was reported that one crew member was injured during the incident.

5. Boarding/Theft – 08 Dec 0052 UTC: Psn 01 15 00N – 08 45 0W: Monrovia outer anchorage, Liberia
The duty crew on routine rounds on an anchored bulk carrier noticed footprints near the lifeboat and informed the OOW. The emergency alarm was raised and the crew mustered. A search was carried out and lifeboat stores were reported stolen. Crew and vessel safe.

An incident was reported in the port of Bassaso Puntland, Somalia. Bassaso is a major port in the autonomous region of Puntland, it is situated on the Gulf of Aden and is the main commercial port in the North of the country. It is also a known point of entry/exit for a number of illegal activities including weapons and people smuggling, making control of the port highly important to those who are conducting these illicit trades. The US Navy intercepted a fishing vessel carrying a large number of weapons and ammunition in the Arabian Sea, the armaments were thought to be destined for the Houthi rebels in Yemen.

2. Weapons Smuggling – 20 Dec
A large number of weapons and ammunition were seized from a fishing vessel in the North Arabian Sea, ships from the US 5th Fleet seized approximately 1,400 AK-47 assault rifles and at least 226,000 rounds of ammunition from a stateless fishing vessel travelling in the North Arabian Sea. Five men arrested on board were all Yemeni nationals. There are unconfirmed reports that the vessel may have been Iranian in origin.

There are no incidents to report this month in the region however, ships continue to be contacted and occasionally boarded by Iranian naval forces as they transit the Strait of Hormuz, which has caused concern and unease in the merchant shipping community. The International Maritime Security Construct (IMSC) and EMA SOH continue to patrol the area in a reassurance role. UKMTO issued a number of Notices relating to regional military exercises and live firing events which can be viewed on their website at UKMTO.org.

No Incidents to report.

Commercial ships are advised to increase vigilance when transiting this area and follow current guidance to stay as far west as possible from the Yemen coast, using the Western Traffic Separation Scheme (TSS) around the Hanish Islands in the entrance to the Bab el Mandab strait. The Saudi Arabian authorities continue to report drone attacks in several regions of the country, these are mainly focused on the city of Jazan and surrounding areas.

A number of vessels were boarded in the Singapore Strait this month.

2. Boarding – 18 Dec 1620 UTC: Psn: 01:14.5N – 104:02.0E: Singapore Strait
Four unauthorised persons in a speed boat approached and boarded a bulk carrier underway. The alert crew noticed the persons at the engine room store and informed the bridge. A general alarm was raised, and the crew mustered. Hearing the alarm and seeing the crew alert, the unauthorised persons escaped. A search was made throughout the ship, nothing was reported stolen.

3. Boarding – 15 Dec 1532 UTC: Psn 01 12 66N – 103 33 17E: Singapore Strait
a Malaysia flagged tug Kwansoo 11, towing a barge, reported up to four unauthorised personnel boarded the barge when transiting along the westbound Lane of TSS in the Strait. The crew sighted about four sampans alongside the barge. All crew were accounted for and are safe. Scrap metal was reported to be stolen.

5. Attempted Boarding – 02 Dec 1230 UTC: Psn 01 03 0N – 103 37 8E: Singapore Strait
A bulk carrier underway noticed a boat flashing a light towards the bridge. As the ship altered course, the boat followed and continued to flash the light. An alert crew member noticed another boat approaching from the quarter and attempting to board using hooks attached with ropes. The Master raised the alarm and the crew mustered on the poop deck resulting in the persons aborting the attempted boarding.

There was a number of vessels boarded throughout this region this month, we have seen an increase in the regularity and violence used in these incidents in recent months, particularly in Haiti and Ecuador, which is a cause for concern.

1. Boarding/Theft – 24 Dec 0055 UTC: Psn 12 01 64S – 77 12 18W: Callao Anchorage, Peru
Seven robbers in a wooden boat approached an anchored bulk carrier. Three robbers armed with knives boarded the ship, broke into the forecastle store, stole the ship’s stores and threatened the crew. The Alarm was raised and the crew mustered resulting in the robbers escaping. The coastguard boarded the ship for inspection.

2. Attack – 23 Dec 1055 UTC: Psn 02 35 5S – 80 08 5W: Around 1.6nm SE of Puerto Pizarro, Ecuador
A container ship underway was approached and fired upon by an unknown number of armed persons in a speedboat. The armed guards on board returned fire resulting in the ‘pirates’ aborting the attack and moving away. The crew and ship are safe.

3. Boarding/Shooting – 11 Dec 0108 UTC: Psn 18 34 4N – 72 20 9W: Port-Au-Prince Port, Haiti
Four persons armed with guns and knives boarded a berthed bulk carrier. The duty crew on routine rounds were confronted by the robbers who pointed guns at them while they lowered the ship’s stores into a waiting boat. The crew took cover in the mooring winch and shouted for help. The 2/O immediately raised the alarm. There was an exchange of fire between the armed robbers and the locally appointed armed guards on board the vessel resulting in two robbers being killed. The others escaped. Haiti Port security was notified.

4. Boarding/Theft – 05 Dec 0506 UTC: Psn 03:53.42N – 77 03 73W: Buenaventura Port, Colombia
Unnoticed, robbers boarded a product tanker and escaped with stolen ship’s properties. The theft was noticed by the crew during the gauging of bunker tanks. The incident was reported to the Port Authorities through the local agent.

5. Boarding – 04 Dec 0030 UTC: Psn 12:00.32S – 77 12 09W: Callao Anchorage, Peru
Alert crew onboard an anchored tanker noticed three unauthorized persons armed with knives on the forecastle. Alarm raised and crew mustered, resulting in the persons escaping without stealing anything. The incident was reported to the Port Authorities. Police officers boarded the tanker for investigation.

6. Boarding/Theft – 23 Nov 0600 UTC: Psn 18 39 97N – 72 23 55W: Lafiteau Pilot Station, Haiti
Three robbers armed with a gun and knives boarded a drifting container ship. They attacked, injured and tied up the duty crew. The general alarm was sounded and the non-essential crew mustered in the citadel. Seeing that the crew were alerted, the robbers escaped with stolen property.