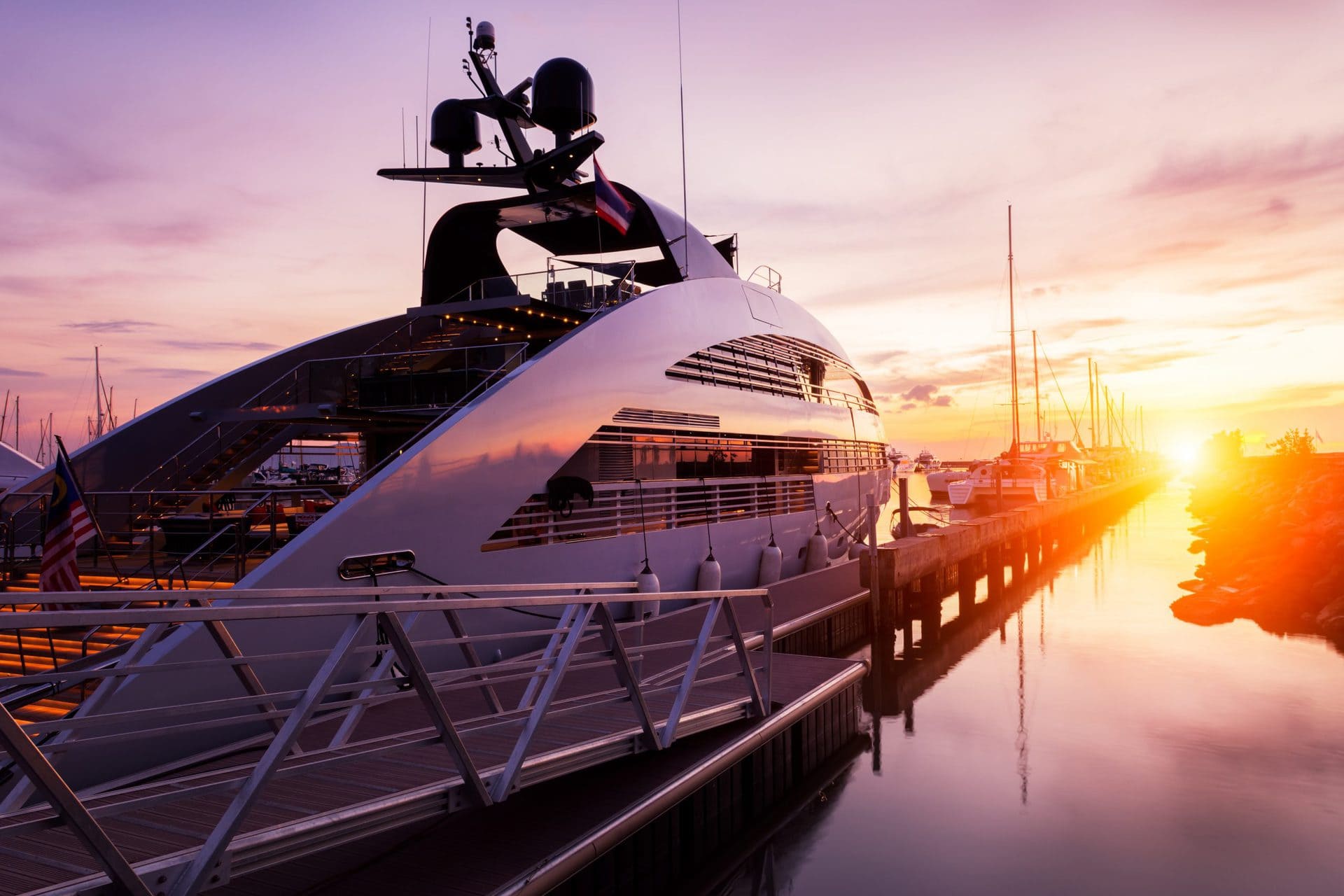 West Africa continues to be the focal point of piracy and kidnapping for ransom in the maritime domain, while in East Africa Somali piracy remains suppressed other more complex threats have emerged that threaten the safety of ships and seafarers in the Gulf of Aden, Southern Red Sea and Yemen. In the Persian Gulf and Strait of Hormuz regional tensions have given rise to an increase of activity including the attack and boarding of vessels and harassment by state actors that is of cause for concern to commercial shipping. In SE Asia a total of 97 incidents of piracy and armed robbery against ships were reported in 2020. This accounts for a 17% increase in the total number of incidents, and a 32% increase in actual incidents reported in 2020 compared to 2019.

West Africa and the Gulf of Guinea

Kidnap for Ransom has become the modus operandi for criminals in the region, with incidents moving increasingly away from traditional locations in the Niger Delta to offshore with vessels being attacked up to 200nm from shore. Globally 135 crew were kidnapped from vessels in 2020 with the Gulf of Guinea (GoG) accounting for over 95% of crew numbers kidnapped. Since 2019, the GoG has experienced an unprecedented rise in the number of multiple crew kidnappings and in 2020 a record 130 crew members were taken in 22 separate incidents. Criminal activities in this region are particularly dangerous as over 80% of attackers were armed with guns and all 3 vessel hijackings and 9 of the 11 vessels fired upon globally in 2020 related to this area. Crew kidnappings were reported in 25% of vessel attacks in the GoG, more than any other region in the world. Once taken crews are removed from their vessel and can be held on shore until their release is negotiated. Ships are advised to exercise a high degree of caution if operating in the Gulf of Guinea, operators are reminded to regularly review their ship security assessment and plan using the International Ship and Facility Security Code (ISPS). Companies are also advised to maintain strict anti-piracy watches and report all pirate activity, including both actual and attempted attacks, as well as suspicious sightings, to local naval authorities and the MDAT-GOG. The use of BMP West Africa and OCIMF Bridge Cards are advised and provide a handy reference to aid in keeping ships safe.

Threat Assessment: HIGH – Vessels are advised to exercise extreme caution when transiting in and around West Africa.

Another statistically quiet month in the Gulf of Guinea region saw only two major incident reported (see incident reports below). Nigeria formally announced the inception of its Deep Blue Major counter-piracy initiative; the $195 million project will be used in a coordinated effort with its primary objective of securing Nigerian waters along the Gulf of Guinea and the country’s oil infrastructure with a coordinated combination of land, sea, and air forces.

2. 06 June 21 at 1700UTC: an MV (NAME WITHHELD) reported an attempted boarding. Six armed persons on a skiff tried 3 times to board the without success. The crew applied BMP WA procedures and after 30 minutes, the attackers aborted their actions. The vessel and crew were reported safe.

3. 11 June 21: China hands over a military vessel to Gabon to monitor the Gabonese coast and conduct counter-piracy and illegal fishing activities.

4. 30 June 21: MDAT-GOG issued an Advisory regarding the Increased risk of Pirate activity to all ships transiting in the areas of TOGO / BENIN / NIGERIA / CAMEROON / EQUATORIAL GUINEA / SAO TOMEvin the Gulf of Guinea. Information received indicates an offshore Pirate Action Group vessel set sail from the Niger Delta to conduct attacks on merchant’s vessels.

Gulf of Aden and the Indian Ocean

Somali piracy remains suppressed but not eradicated, however, Pirate Action Groups (PAG) still have the intent and means to conduct criminal activity at sea. This is currently denied to them by the presence of international naval forces, the use of BMP5 measures by ships transiting the area and the deployment of Armed Security Teams on merchant ships provided by Private Maritime Security Companies (PMSC). This combination of deterrents is vitally important if the status quo is to be maintained. Although piracy is in a controlled state other asymmetric threats have emerged that threaten the safety of seafarers in the region, spill over into the maritime domain from the Yemen conflict is of particular concern. The recent attacks against MT Stolt Apal and Gladiolus in the Gulf of Aden using Waterborne Improvised Explosive Devices (WBIED), have no obvious perpetrators (no one has claimed responsibility) but are likely linked to terrorist organisations (AQAP) operating in Yemen.

Another quiet month of activity in the Indian Ocean region with only one incident of note.

Gulf of Aden and the Indian Ocean Incidents

1. 20 June 21 0800UTC: Freighter sank off the coast of southern Oman. A freighter (PIONEER STAR) sank approximately 35nm off the Omani coast. An unknown number of crew members have been reported missing.

Persian Gulf and the Strait of Hormuz

Simmering tensions between the US and its allies and the Islamic Republic of Iran boiled over during the middle of 2019. The Trump administration pursued a ‘Max Pressure’ policy against Iran after it failed to stop its nuclear fuel enrichment programme which led to sanctions being placed against the export of Iranian oil. In an apparent retaliation to the boarding of an Iranian oil tanker delivering crude to Syria (against the sanctions), Iranian Revolutionary Guard Corps (IRGC) boarded and detained the UK flagged vessel Stena Impero. 4 ships were attacked at anchor off Fujairah UAE with what appeared to be limpet mines and 2 ships underway in the Northern Arabian Sea were also attacked by similar means. In response to these actions, the international community formed the International Maritime Security Construct (IMSC) and the European Maritime Awareness Mission Strait of Hormuz (EMA SOH) both designed to reassure commercial shipping and deter state actors interference with the free flow of commerce through the SoH. The situation remains tense with IRGC frequently stopping and hailing vessels during transits.

Ships continue to be contacted by Iranian naval forces as they transit the Strait of Hormuz, although there is nothing directly threatening about this situation it has caused concern and unease in the merchant shipping community. The International Maritime Security Construct (IMSC) and EMA SOH continue to patrol the area in a reassurance role. UKMTO issued a number of Notices relating to regional military exercises and live firing events which can be viewed on their website at UKMTO.org.

There were no reported incidents in the region this month

Yemen and the Southern Red Sea

A conflict has existed in Yemen since 2015 that has on occasion spilled over into the maritime environment particularly in the Southern Red Sea (SRS) littoral. Iranian backed Houthi rebels have attacked warships and crude oil tankers linked to the Saudi led coalition who are supporting the internationally recognised Government of Yemen led by President Hadi. The Houthi have deployed sophisticated weaponry including surface-to-surface missiles, sea mines and Waterborne Improvised Explosive Devices (WBIED) and have successfully engaged and caused damage to naval and targeted commercial ships. The threat of collateral damage or attack through misidentification of merchant shipping transiting the Bab el Mandab and SRS is real and commercial ship operators are advised to follow current guidance given in BMP5 and by military sources.

Commercial ships are advised to increase vigilance when transiting this area and follow current guidance to stay as far west as possible from the Yemen coast, using the Western Traffic Separation Scheme (TSS) around the Hanish Islands in the entrance to the Bab el Mandab strait.

No incidents to report this month.

Maritime crime in SE Asia and particularly in the Singapore Strait and Sulu-Celebes Seas has traditionally manifested itself in incidents of armed robbery and theft from vessels at ports and anchorages. Of specific concern in 2020 was the continued increase of incidents on board ships while underway in the Singapore Strait, this numbered 34 incidents compared to 31 in 2019 and despite efforts by littoral states to increase patrolling and law enforcement.

Threat Assessment: HIGH – Vessels are advised to exercise caution and be aware of the rising threat of unauthorised boarding.

There were 3 incidents in the Singapore strait in June.

1. 09 June 1330 UTC: A sea theft incident occurred aboard a Marshall Islands-flagged container ship, TR ARAMIS, while anchored at Manila Anchorage, Manila, Philippines (14°33’24.0″N 120°55’12.0″E) on 09 Jun at 2130 Perpetrators were able to board the vessel, steal items of ship’s stores and escape unnoticed. The theft was discovered by duty crew on routine. The incident was reported to the Philippine Coast Guard.

2. 24 June 21 2136 UTC: Posn: 05:59.50S – 106:54.20E, Jakarta Anchorage, Indonesia. Two persons boarded a container ship during anchoring operations. Duty AB noticed the unauthorised persons and raised the alarm. Seeing the alerted crew, the persons escaped in a waiting boat with another four persons onboard. The Incident reported to the coast guard who boarded for investigation. Nothing reported stolen.

Priavo Maritime Security has observed an increase in the reporting of theft from vessel at anchorages or alongside in ports in South Americas’ Western Pacific region over the last 12mths. A number of incidents have taken place particularly in Callao Peru and Guayaquil Ecuador.

Threat Assessment: MODERATE/LOW – Vessels are advised to exercise caution and be aware of the rising threat of armed robbery.

Priavo Maritime Security has observed an increase in the reporting of theft from vessels at anchorages or alongside in ports in South Americas’ Western Pacific region over the last 12mths. A number of incidents have taken place particularly in Callao Peru and Guayaquil Ecuador.