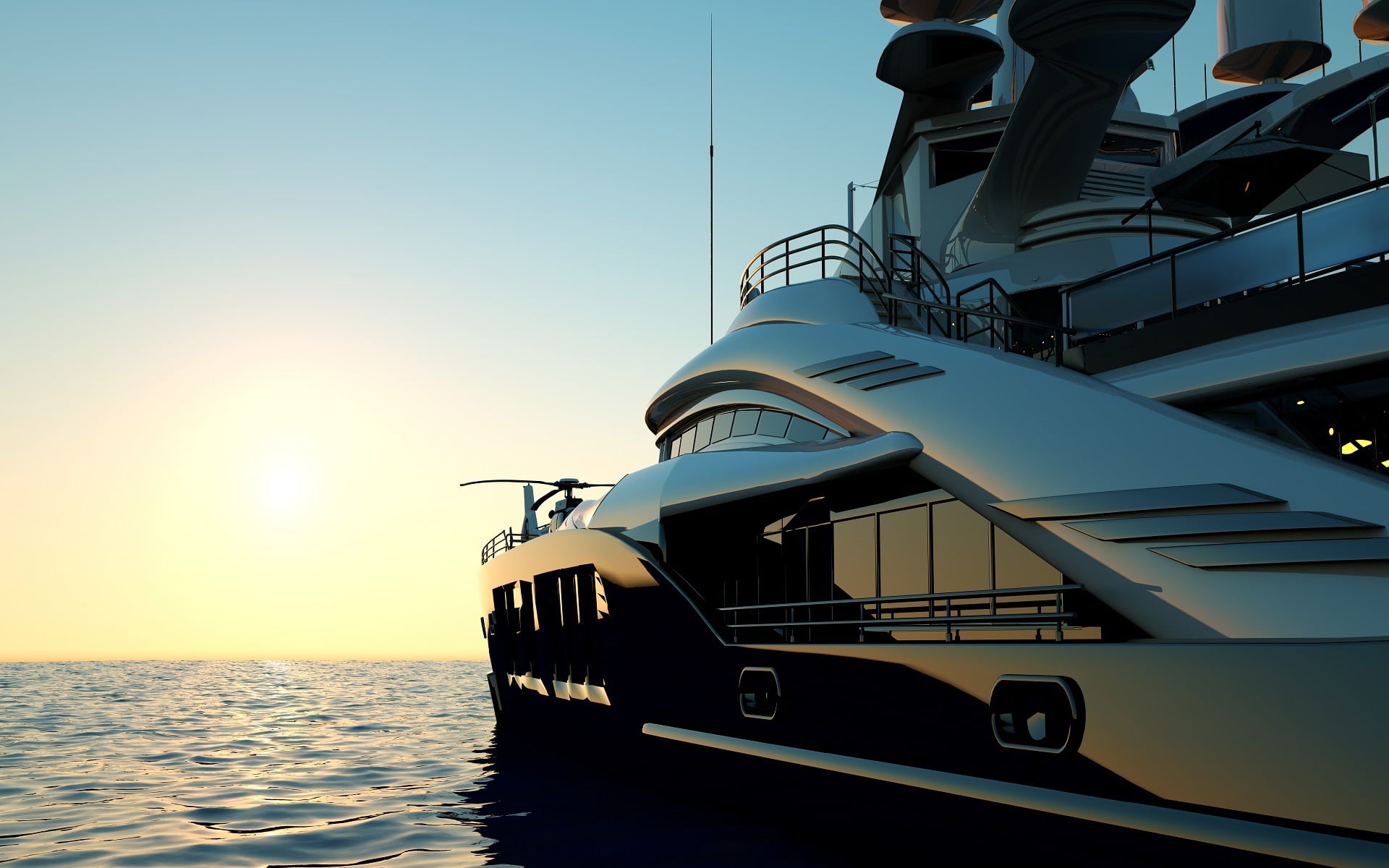 West Africa continues to be the focal point of piracy and kidnapping for ransom in the maritime domain, while in East Africa Somali piracy remains suppressed other more complex threats have emerged that threaten the safety of ships and seafarers in the Gulf of Aden, Southern Red Sea and Yemen. In the Persian Gulf and Strait of Hormuz regional tensions have given rise to an increase of activity including the attack and boarding of vessels and harassment by state actors that is of cause for concern to commercial shipping. In SE Asia a total of 97 incidents of piracy and armed robbery against ships were reported in 2020. This accounts for a 17% increase in the total number of incidents, and a 32% increase in actual incidents reported in 2020 compared to 2019

The Royal Navy’s HMS Trent is heading to the Gulf of Guinea to conduct security patrols as part of a mission to support allies in West Africa. The first attack on a commercial ship for some time took place 150Nm NW of Santo Antonio, Principe Island in the Gulf of Guinea, see report below. The MDAT-GOG has released warnings this week of an increased risk of attack in the Gulf of Guinea.

2. Suspicious Activity – 19 Oct: Psn 01 50 00N – 01 11 00E
Report of a suspicious Tug operating in International waters close to the Ghanaian and Togo EEZ. The Tug has been described as rusty with a black superstructure and was not transmitting on AIS.

3. Boarding – 25 Oct 21 0815UTC: Psn 02 13N – 04 50E
Container ship MSC LUCIA, was reportedly attacked 150Nm NW of Principe Island by pirates while on route from Lome Togo, to Douala Cameroon. According to AIS the vessel is drifting close to the above position with some reports suggesting that pirates may still be on board. A Russian warship responded to the incident and the ship and crew were later reported to be safe.

4. Boarding – 25 October 21 2126UTC: Psn 02 35 12N – 07 59 12E
The MDAT GOG reported a second boarding in the vicinity of Santo Antonio Principe Island. Vanuatu flagged offshore supply vessel MONTET TIDE was attacked and boarded after shots were fired at the ship. 3 Cameroonian members of the crew were reported to have been kidnapped.

The Somali government claims that foreign vessels are once again fishing illegally in Somali waters, Illegal Unreported and Unregulated (IUU) fishing and over-fishing were major factors behind the emergence of piracy in the region in the period 2007 -2017. IUU along with poverty, unemployment, the lack of effective governance, corruption and conflict are all reasons for concern that could signal a possible return of pirate activity.

Ships continue to be contacted and occasionally boarded by Iranian naval forces as they transit the Strait of Hormuz, which has caused concern and unease in the merchant shipping community.  The International Maritime Security Construct (IMSC) and EMA SOH continue to patrol the area in a reassurance role. UKMTO issued a number of Notices relating to regional military exercises and live firing events which can be viewed on their website at UKMTO.org.

Commercial ships are advised to increase vigilance when transiting this area and follow current guidance to stay as far west as possible from the Yemen coast, using the Western Traffic Separation Scheme (TSS) around the Hanish Islands in the entrance to the Bab el Mandab strait. One vessel was approached by a skiff near the Bab el Mandeb which was described as being aggressive but is likely to be a pattern of life encounter in what is a busy transit area for the local population. The Saudi Navy has intercepted a number of Waterborne Improvised Explosive Devices (WBIED) off the Yemen Red seaports this month.

2. Suspicious Approach – 19 Oct 21: Psn 12 43N – 43 16E
Bab el Mandeb Strait, an MV (type unknown) was approached by a small craft with 6 people on board. The Master reported that ladders were sighted and the craft approached in an aggressive manner. The vessel’s Armed Security Team (AST) raised weapons and the small craft left the scene. The vessel and crew were reported to be safe.

Attacks and attempted boarding’s of commercial shipping continue throughout the region, with a surge in the number of incidents in the Singapore Strait. The incidents span across the Strait from East to West, some of the assailants are armed and aggressive.

1.  Boarding/Robbery – 05 Oct 2020UTC: Psn – 05 48 11N – 118 05 76E: Sandakan Inner Anchorage, Malaysia.
Duty crew onboard an anchored product tanker noticed two robbers on the forecastle. The AB shouted and immediately notified the bridge. Seeing the alerted crew, the robbers escaped with stolen ship’s stores and property. The incident was reported to the Port Authorities through the local agent.

4. Boarding – 10 Oct 1530UTC: Psn – 01 15 08N – 104 11 3E: Singapore Strait
The duty engine crew on board the bulk carrier ROSCO OLIVE noticed two unauthorized persons in the engine room. The crew immediately informed the C/E who notified the bridge. Alarm raised and crew mustered. Seeing the crew alert, the robbers escaped. A search was carried out throughout the ship. Nothing was reported missing.

6. Boarding – 15 Oct 21 1445 UTC: Psn 01 17 02N 104 13 85E: Singapore Strait
A bulk carrier underway was boarded by five unauthorized persons. The duty crew noticed the intruders and closed all doors and reported to the bridge. An alarm was raised and the crew mustered, resulting in all intruders escaping without stealing anything.

7. Boarding – 19 Oct 1809UTC: Psn – 01 15 02N – 104 11 85E
A cargo vessel identified as the SUPER STAR was boarded by five unauthorized persons in the Singapore Strait. The duty crew noticed the intruders and closed all doors and reported to the bridge. The alarm was raised and the crew mustered, resulting in all intruders escaping without stealing anything.

1. Attack – 18 Oct 21 1110UTC: Psn 03 11 37 – 0 80 02W: Around 1.64nm NW of Punta Jambeli, Ecuador.
Six persons in a speed boat approached, fired upon and attempted to board a container ship underway. The Master increased speed and commenced evasive manoeuvres, resulting in the speed boat aborting and moving away. Crew and ship were reported to be safe.

2. Irregular Activity – 16 Oct 21
An Iran-flagged supertanker departed from the Port of José, State of Anzoategui in Venezuela. The vessel is believed to be carrying 2 million barrels of heavy crude oil to Iran. The incident is part of a sanction-breaching deal between Venezuela’s PDVSA and Iran’s NIOC, in which Iranian condensate is exchanged for Venezuelan heavy crude oil.

3. Attack – 21 Oct 21 0934UTC: Psn – Ecuador
Armed men attempt to rob fishermen off the coast of Jama. The suspects opened fire on fishermen who manoeuvred their boat to hit the pirates. One fisherman fell in the sea while two others were cut on the neck with a knife. The victims made it back ashore and the wounded were taken to the hospital. The Navy deployed to the area but found no suspects.