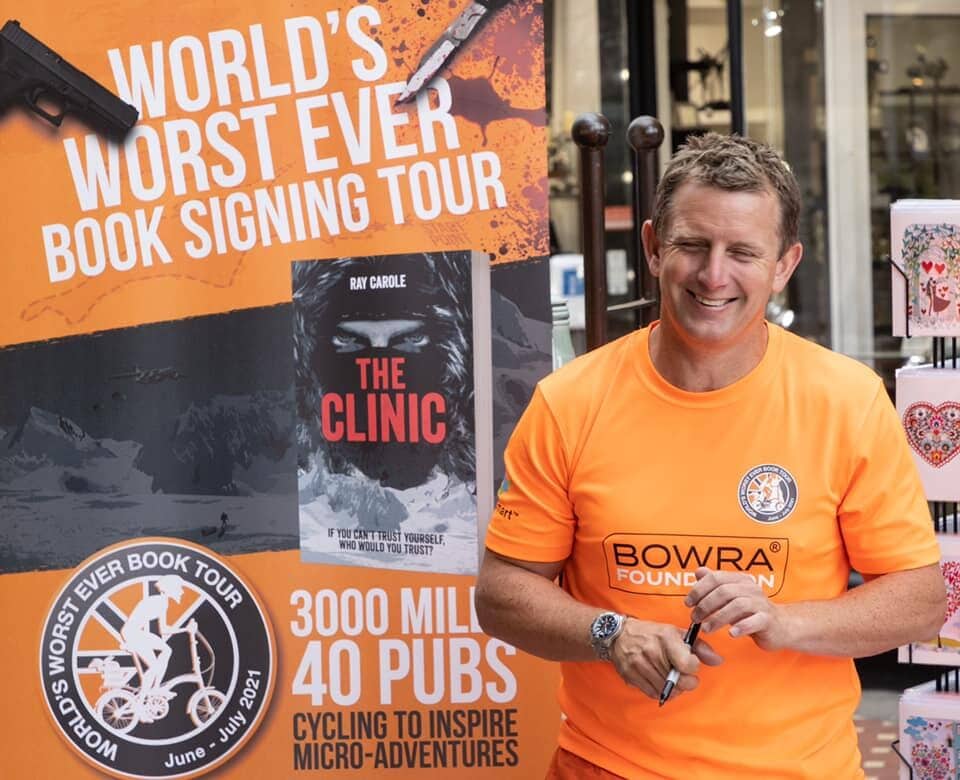 Team Priavo have been supporting Ray Carole as he journey’s 3000 miles around the UK on a foldable bicycle, dubbed “The Worlds Worst Ever Book Signing Tour”. The journey is raising money to support the Bowra Foundation and promote Ray’s new book ‘The clinic’.

Who is Ray Carole? 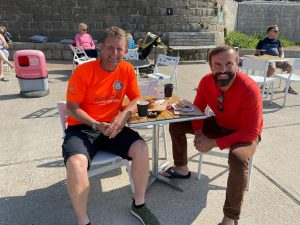 Ray Carole is a former royal marine and special forces soldier, who served closely with the CEO of Priavo Security Pete Murphy. In 2011, after leaving HM forces, he challenged himself with a 715-mile solo expedition across Antarctica unsupported and unassisted. Inspired by Ray’s real-life solo expedition he published his first book, titled ‘The Clinic’. “The Worlds Worst Ever Book Signing Tour” is what Ray is all about. Exploration of a big idea, into an ambition then achievement.

Ray is peddling solo and not stopping until he’s ridden 3000-miles, met countless unsung heroes along the way and even flogged some signed books of his debut novel “The Clinic” to raise money for The BOWRA Foundation.

During this epic adventure he’ll be writing another book, which will be a refreshing and authentic read.

The Tour itself has a number of serious objectives:

• Building Healthy Minds
Mental Health is a pandemic in itself and Ray has huge experience mentoring people in performance. His tour will create a huge platform to share mindset insights that will inspire and propel people to take action.

• Personal Lockdown Insights
This period has been life-changing for everyone. On the road Ray will interview people along the way, capturing personal stories, inspirational highlights and meeting up with stroke survivors on their new journey’s.

A significant portion of proceeds from Ray’s book and the tour will be donated to the BOWRA foundation. This charity was formed by Mark Bowra in 2019, to inspire resilience amongst people suffering from neurological disorders. Mark was a decorated officer in the UK Special Forces. He had tested himself in some of the most arduous environments, but suffered a major stroke leading him to be hospitalised for over a year. Building on his own experience recovering from stroke, Mark devised the BOWRA Bag, a toolkit to aid rehabilitation, communication and independence for people suffering from a range of neurological disorders. The BOWRA Foundation works with partners and healthcare practitioners to get BOWRA Bags to those who need them at the earliest opportunity.

To find out more visit: https://www.bowra-foundation.org/.

Team Priavo are fully supporting Ray’s journey and the BOWRA Foundation. “The Worlds Worst Ever Book Signing Tour” starts on the 21st June 2021 and we will be following Ray’s progress closely, providing updates along the way.