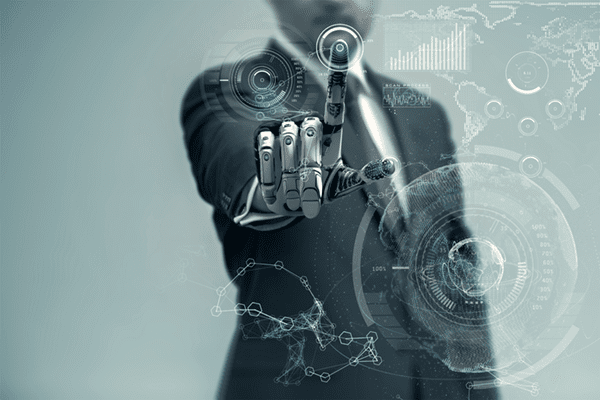 Could technological innovation and automation eliminate certain jobs in the future? Over the past decade, we have increasingly seen technologies that remove the need for human involvement.

Millions of household and industrial robots are currently operating worldwide and are used to perform tasks that require great levels of precision or are simply repetitive and boring.

Many also do jobs that are hazardous to people, such as exploring shipwrecks, helping out after disasters, studying other planets and defusing bombs or mines. Robots are increasingly entering our lives as demonstrated in our recent ‘Drones’ blog. In the future, robots could act as carers, medics, bionic enhancements, companions, entertainers and even traffic police. Currently, there is great interest about the global potential in the security robotics market.

The e-vigilante robot was unveiled recently at International Security Exhibition: IFSEC. EOS Innovation describes it as ‘an intelligent and autonomous mobile surveillance robot aimed at warehouses and industrial sites’. The robot can patrol randomly or follow a pre-programmed round and can save and transmit audio and video in real-time when an incident is detected. The robot has ‘dissuasive tactics’ such as alarm sounds and flashing lights and a human operator can take control of the robot remotely.

Bob, the first robotic security guard in the UK, patrols the headquarters of G4S (one of the world’s largest provider of human security guards) in Gloucestershire and is part of a pilot project for the University of Birmingham.  The goal of the university’s project is to place robots in offices all over the globe. Bob uses cameras and scanners to map the patrol environment and detects people moving in the space around it.  The robot can determine if something has changed in its environment since its last patrol and is capable of storing that information on an internal hard drive and alerting a human security guard. The autonomous android can even speak to his colleagues, ask for help when he gets stuck, and plug himself in to charge when his battery runs low.

The Vigilant Mobile Camera Platform (MCP) is another example of a mobile robotic security guard, developed by Gamma 2 Robotics who state that this robot is reliable enough to work 10-16 hours per day providing a minimum of 3600 hours of security annually. Impressive numbers…

According to the makers robots fulfill three high-level needs for security guard companies; affordability, autonomy, and reliability. Robots will allow for cost reductions, better use of human resources and increased profitability. Although no-one is predicting technology will totally replace human security guards in the near future these technologies have incredible potential for companies across the globe to improve efficiencies.