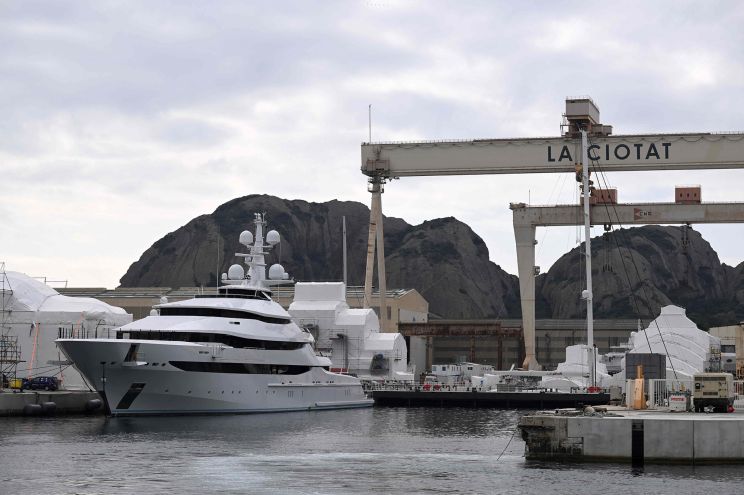 Russian UHNWIs represent a significant portion of the superyacht industry, with nearly 10% of all superyachts belonging to Russian owners. As a direct result of the conflict in Ukraine, some Russian UHNWIs and oligarchs are being sanctioned by Western governments, with vessels and assets being seized by authorities. The ongoing conflict has also led to Russian vessels, being sabotaged:

The US Justice Department has also launched the Task Force KleptoCapture to seize assets belonging to sanctioned Russian individuals – resulting in yachts belonging to five other Russian billionaires heading to the Maldives. The Maldives is regarded as a haven because it does not have an extradition treaty with the US.

Among the superyachts around the country are the 238-foot ‘Clio’, owned by Oleg Deripaska, (who founded aluminium giant Rusal), The ‘Nirvana superyacht’, owned by Vladimir Potanin, and the 459-foot ‘Ocean Victory’, which belongs to steel magnate Viktor Rashnikov.

However, there are still several large yachts operating on the continent.  Onboard these vessels many superyacht crew members are facing an uncertain future, as practical and ethical dilemmas continue to reveal themselves.

An incident in Port Adriano, Mallorca was reported, whereby a Ukrainian sailor was detained for attempting to sink 48m M/Y Lady Anastasia, owned by Alexander Mijeev (CEO of Rosoboronexport). The 55-year-old was detained by local police after attempting to open the valves that would sink the yacht – as well as closing the fuel taps, turning off the electricity and alerting the crew members to abandon the ship. He has accepted full responsibility for his actions. Elsewhere, a superyacht captain and entire crew reportedly resigned and abandon a 28m superyacht reportedly owned by a member of the Russian military. The captain and his crew members decided to leave the yacht due to a ‘disagreement of ideology and a lack of respect for democracy.’

As the conflict in Ukraine worsens, and further sanctions are enforced, Russian UHNWIs may find themselves in similar situations. Some reports have even suggested that several companies within the superyacht industry are prepared to cut ties with Russian clients. In the event of further vessels being sanctioned, one must also consider the impact on crew members, shipyard workers, and independent business owners who will all be affected by this.

The conflict is escalating rapidly and Priavo Security is working to support our clients with a variety of in-country security services and evacuations, contingency planning and real-time intelligence. Should you require immediate assistance, contact us at enquiries@priavosecurity.com.