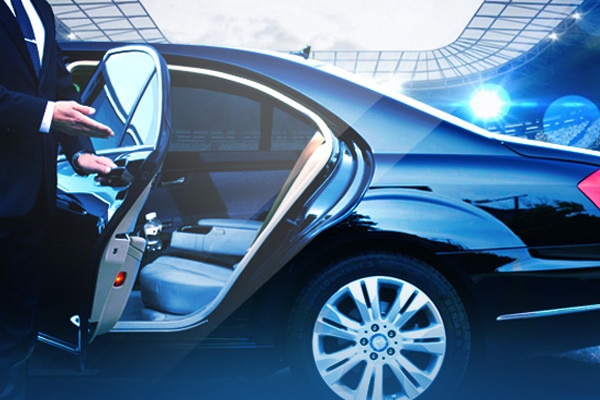 The 2018 FIFA World Cup presents perhaps the most complex iteration of the mega-event yet. For the thousands of global fans, footballers, trainers and VIPs heading to Russia this year, the trip of a lifetime is to be tinged by diplomatic pressures, a propaganda war eagerly engaged by both the hosts and Western nations, and a Russia that is increasingly concerned with stamping out a place for itself in the modern world. Indeed, it seems with the bid to host the event, Russian leader Vladimir Putin hoped to emulate Beijing’s 2008 Summer Olympics and present a powerful and dynamic force in full bloom. With over 1.7 million tickets sold and the attention of the world press focused upon the country, Russia will look to show off the most impressive aspects of its 11 host cities. Stretching from Ekaterinburg in the East, where you can stand with one foot in Asia and the other in Europe, to the Westernmost exclave of Kaliningrad, where 90% of the Earth’s amber reserves are contained.

However, since the successful bid in 2010, Russian leadership has lost its initial fervour. Perhaps understandably; between that time and now it has engaged in highly controversial hybrid warfare in Georgia and the Ukraine which brought economic sanctions. The political and diplomatic fallout following the poisoning of ex-spy Sergei Skripal and his daughter in Salisbury on March 4 have significantly soured international relations. Accusations of meddling in U.S elections, a country Russia is always eager to compete with, have compounded matters and the U.S failed to even qualify for the cup. Spending on World Cup preparations has spiralled past 638.8 billion Rubles (around $10.8 billion), half of that sourced from the federal budget. This, combined with an economic downturn in a nation marked by its strong ties between political and business elites has led Lausanne University’s Sven Daniel Wolfe (an expert on Russian sporting politics) to claim, “The general feeling I get from the authorities is, ‘Let’s get this over with’.”

Despite this reticence, nobody can claim that the national development programme to ensure Russian infrastructure is able to accommodate the World Cup was anything short of spectacular. For example, Rostov-on-Don has had a new airport built from scratch in time for the event. Built among the Tsarist palaces in St Petersburg is the Krestovsky Stadium, designed by Japanese architecture firm Kisho Kurokawa. The flying saucer inspired stadium, now home to Zenit FC, cost an astronomical $1 billion, making it one of the most expensive stadiums ever built.

It is apparent, then, that much was learned from the Sochi Winter Olympics in 2014. However, there is some concern that echoes of the accommodation issues live tweeted by journalists, which you may remember varied from the comically absurd to the frankly life-threatening, may hold over to the World Cup, at least in some of the more remote venues. It is of course always well advised to research the areas you may be staying in ahead of time; remember that you can look up reviews for the Volgograd Hotel on TripAdvisor just as easily as you can The Savoy. Where possible, ensure you have booked reliable accommodation through a recognised ABTA (Association of British Travel Agents) site.

In terms of policy as well, efforts have been made. Instead of having to obtain a travel visa, foreign citizens can enter the Russian Federation with a passport and a “Fan ID”, suitably referred to by Russian bureaucrats as the “personalised card of the spectator). Not only does this allow access to the country but it provides an element of security at matches, as it is needed to gain stadium entry. Therefore, it will be necessary to always keep your Fan ID and a photocopy of your passport on your person and in a secure place. Happily, it also allows fans to travel for free on many public transport routes. However, paid transport will most likely be faster and less crowded in many cases, and air travel will be the most sensible option between some cities in the largest country on Earth.

It is likely there will be serious congestion around stadiums on match days. When Luzhniki Stadium hosted Argentina and Russia in November of last year there were two-hour queues to reach nearby train stations after the final whistle. Of course on trains it is pertinent to take good care of your belongings, never offer to look after anyone’s luggage but your own or your party’s, and never leave your compartment unoccupied and unsecure if traveling overnight. Be very aware of people attempting to “help” you at luggage lockers. If you are booking road transport, be sure to ask for an English-speaking driver and above all, invest in comprehensive travel insurance, as Russian road safety leaves much to be desired and accident rates and incidents of road rage are high.

For the ultimate in travel efficiency, comfort and safety whilst in country, Priavo offers security trained drivers. With local expertise they can navigate roads and routes with ease. Vetted, highly qualified and skilled in advanced and defensive driving techniques, they employ situational anti-surveillance awareness. Before any journey they meticulously plan timings and contingencies for any eventuality. From secure airport facilitation and group chaperone to close protection for your VIPs and security drivers, we can help mitigate your risk. Contact us for further information on enhancing your safety during the World Cup.