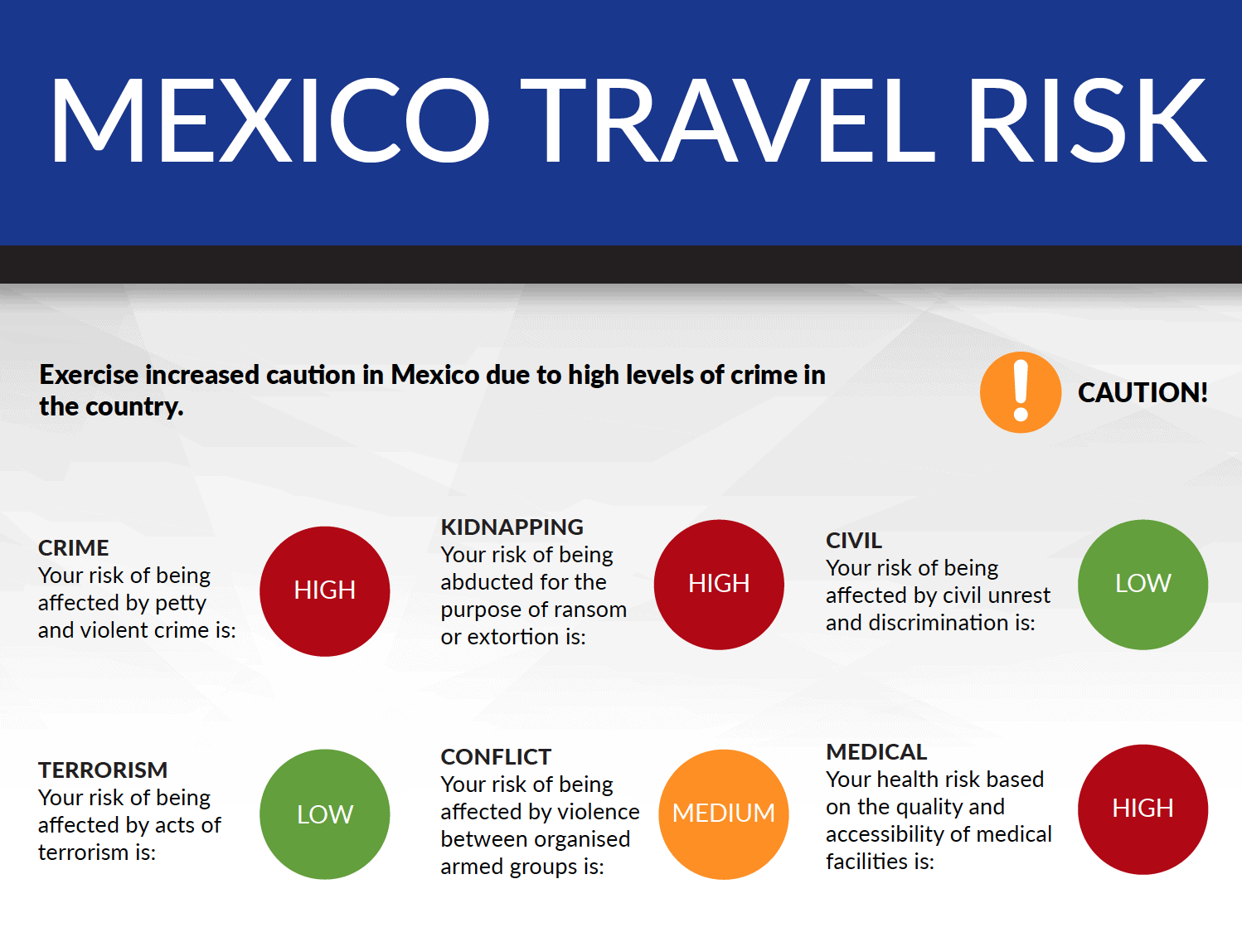 The security risks in Mexico vary according to the area and the profile of the traveller. Petty and violent crime is the main concern. The risk is higher in lower-income areas of major cities, but cannot be ruled out anywhere in the country. In rural areas, carjacking and banditry exist. Express kidnapping is becoming an established threat in the country. Traditional kidnapping for ransom is generally limited to locals, but some cases involving foreign nationals have been reported. Conflict between organised crime groups, and with security forces, is a regular occurrence, particularly in the states of Chihuahua, Guerrero, Jalisco, Michoacan, Nuevo Leon, Sonora and Tamaulipas. These areas also generally exhibit higher kidnapping and crime ratings. The terrorism threat in Mexico is limited to targeted violence by organised crime groups. Demonstrations are common in major cities and along inter-city highways and some do turn violent. Overall most security risks are less significant in Los Cabos and other resort area of Baja California, as well as in Cancun and other resort areas in the Yucatan Peninsula. Medical facilities are generally adequate in major urban centres, but limited elsewhere. Please be aware, this is a brief overview and our advice would be to thoroughly research your destination prior to travel. Our travel risk department can provide country reports, travel risk summaries, advice and support to help mitigate risk further.