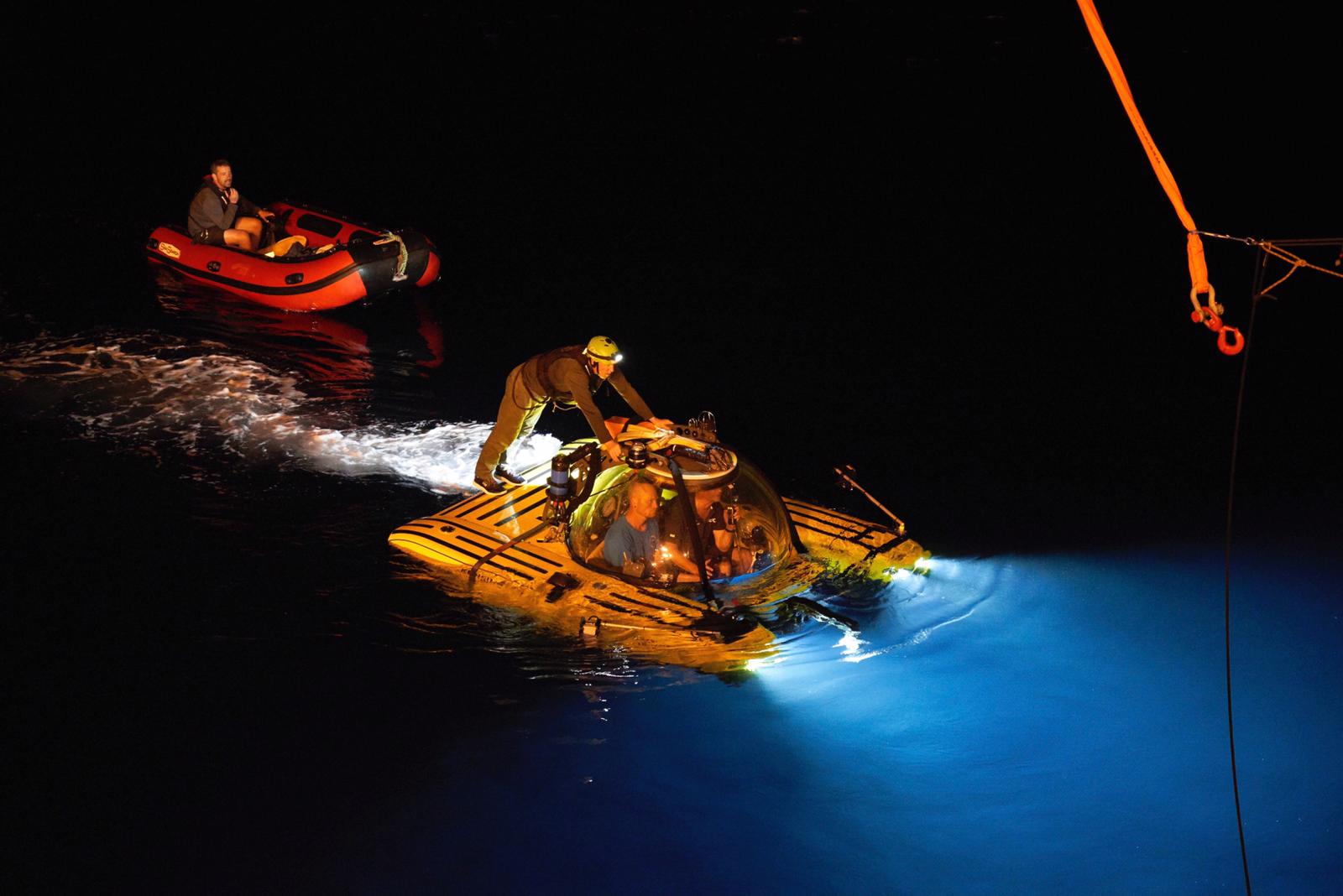 Priavo Maritime Security are continuing to support the Nekton Foundation providing security over-watch for the scientists, crew, media and mini-subs for Mission II within the Seychelles. Phase 1 and Phase 2, from last month, can be viewed here. After transiting the Ocean Zephyr and crew safely through the High-Risk Area, our Maritime Team Leader, Shane Loup, has been busy conducting duties as Maritime Safety Officer, assisting with the submersibles, carrying out security drills and training, repairing chase boats and responding to various medical needs of the crew.

Once the Sky News reporters had boarded the vessel, Shane was responsible for running through the piracy alarms, anti-piracy drills and lockdown procedures in-line with Maritime Standard Operating Procedure (SOP). Full fire drills have been carried out and a ‘casualty on deck’ scenario practised.

Whilst the Sky News team began to prepare for their live broadcasts in Aldabra, the general dive area was mapped for optimum sub dive locations. Using a multibeam Sonar device scientists and sub pilots used the three dimensional, colour-coded, hydrographic maps to observe the seabed depths. Astonishingly, just 5% of the sea floor has been explored in detail to date.

After numerous safety checks and with the help of Shane acting as sub-swimmer, the first ever live descent was broadcast on March 12th. Sky News’s Thomas Moore descended 200 metres to the seabed using a Nekton Foundation mini-submarine for the Deep Ocean Live descent. Using Bluecomms technology Thomas was able to report from the twilight zone.

Following Thomas’s dive, the missing ROV (Remotely Operated Vehicle submersible) was successfully rescued and the Ocean Zephyr continued it’s onward journey to Aldabra ready for filming the live Sky News Ocean Rescue broadcasts. With the second largest coral atoll and a green turtle nesting site, Aldabra is also known as the ‘Galapagos of the Indian Ocean’ and hosts the Seychelles Island Foundation research base. It is a UNESCO World Heritage Site, sadly however, Aldabra is also a victim of its geography. Strong ocean currents bring huge amounts of plastic from thousands of miles – you can see from the filming that polypropylene fishing rope snag on the jagged coral and a group of beach clean volunteers collected over 50,000 flip flops scattered around the island.

The Sky team wanted to overnight on the island of Aldabra and Shane was able to row ashore in the chase boat despite the strong currents. He discovered roaming wildlife (turtles, crabs, birds) and lots of plastic debris on his mission to secure a suitable, safe overnight location for the media team.

Live broadcasting took place on 18th and 19th of March with Sky’s Anna Botting first descending to broadcast the morning news live. Mark Austin reported from 300m under the Ocean the following day. In a ‘first of its kind’ broadcast – both reported on the state of the ocean and the effects of over fishing, climate change and plastic pollution. Both journalists were exhilarated after the dives but relieved to exit the subs with the help of Shane. Throughout the broadcast, Shane and a dive master covered the dive operation from the chase boat, snorkelling above the dive area.

On March 20th, Sky News also descended more than 250 metres below sea level to broadcast the world’s first live TV ‘Underwater’ bulletin  with a live link to school children fascinated by the Deep Ocean Live project. Questions were fired at the presenters by school children with topics ranging from issues concerning marine life, plastic pollution and the mechanics of deep-sea diving.

The scientists onboard the vessel continue to work hard daily to to explore the sea bed and collect and analyse samples during the daily sub dives at various sites around the coast of Aldabra.  It’s been a busy week!  Stay tuned for more updates next week.

Local Seychellois Security onboard the vessel for Security Over-watch

Shane, our Security Operative assisting the pilots and media on a live underwater descent

The Aldabra shoreline, with the Ocean Zephyr in the background

A night dive to locate the drop camera