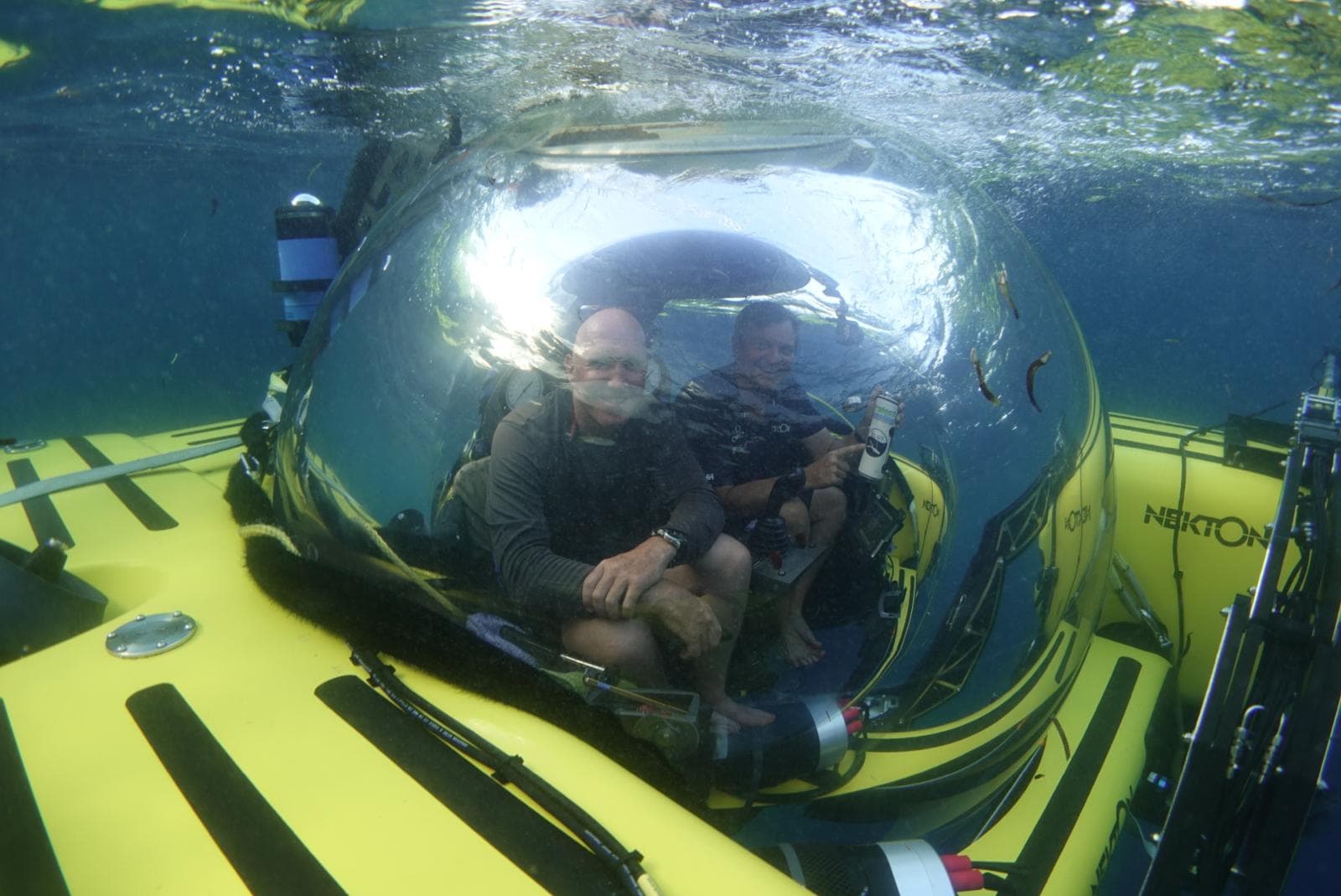 As previously reported, our armed Maritime Security team transited the Ocean Zephyr and crew safely through the High-Risk Area for arrival in the Seychelles early in March. During the last 7 weeks our Security Team Leader, Shane Loup, has been busy preparing the vessel for possible piracy attacks and carrying out maritime security and safety drills for a series of mini-submarine descents on behalf of the Nekton Foundation who are undertaking this deep ocean exploration mission for marine conservation.

Sky News’s reporter Mark Austin aired a #DeepOceanLive documentary detailing the reasons behind the Mission which featured our CEO, Pete Murphy, and Maritime TL Shane Loup discussing the security risks. Live broadcasting took place on 18th – 20th of March with Sky’s Anna Botting, Mark Austin and Thomas Moore reporting from 300m under the Ocean in a ‘first of its kind’ broadcast. On the 28th March the Associated Press broadcast a live transmission for ‘Good Morning America’ from 418 feet below the Indian Ocean, reaching audiences far and wide.

Throughout the broadcasts, Shane covered the dive operation from the chase boat, snorkelling above the dive area and working closely with the Seychelles Vessel Protection Detachment to ensure the safety and security of media, scientists and crew at all times.

Since we last blogged, scientists and media teams have travelled to many islands across the Seychelles sampling the ocean at Aldabra, Assumption, Poivre, D’Arros, Astove, Alphonse, Desroches and beyond in search of new species. Although, the mission has been fraught with various challenges including technical and operational problems, weather issues and strong currents, scientists have managed over 70 dives. Multi beam mapping has been utilised successfully for transects at set depths to record images prior to the dives. In particular, scientists have been searching for 100m depth caves under the ocean to try and locate pre-historic fish, thought previously to have become extinct. Amazingly, Nekton has conducted over 300 scientific deployments with over 1,300 samples taken.

Throughout the mission, Thomas Moore has live blogged on a daily basis for Sky Ocean Rescue – reporting the impact of human activity, over fishing, marine pollution and climate change on our ocean. In one blog he details how the island of Aldabra is heavily polluted with plastic including polypropylene fishing rope, cigarette lighters and thousand upon thousands of foam plastic flip-flops. Team Nekton hope to use the data collected from this First Descent to inform the development of the Commonwealth Blue Charter and other ocean conservation initiatives globally.

The president of the Seychelles joined the Nekton Mission last weekend and made a plea for stronger protection of the “beating blue heart of our planet”, in a speech delivered from deep below the ocean’s surface. Interestingly, the Seychelles government recently swapped some of its debt for better marine protection and is aiming to protect a third of its national waters by 2020.

Subscribe to our blog or Youtube Channel for updates covering this 7-week marine conservation mission and our role providing security over-watch for the scientists, crew, media and mini-subs on Mission II. You can view Sky News ‘Ocean Rescue’  Three Part Series here. Team Nekton will be reporting on the Mission II scientific discoveries over the forthcoming weeks so stay tuned.

The President of the Seychelles, Mr Danny Faure, addresses the world on the plight of the Ocean.

Alain de Comarmond, Ministry of Seychellois Environment, on a mini sub dive, with Shane as security.

Shane Loup with Nekton Mission Crew, Global Media and the Scientists for a ‘Connected Commonwealth’ shot.

Ocean Zephyr transiting to the islands across the Seychelles for Oceanic sampling, scientific discovery and media broadcasting.